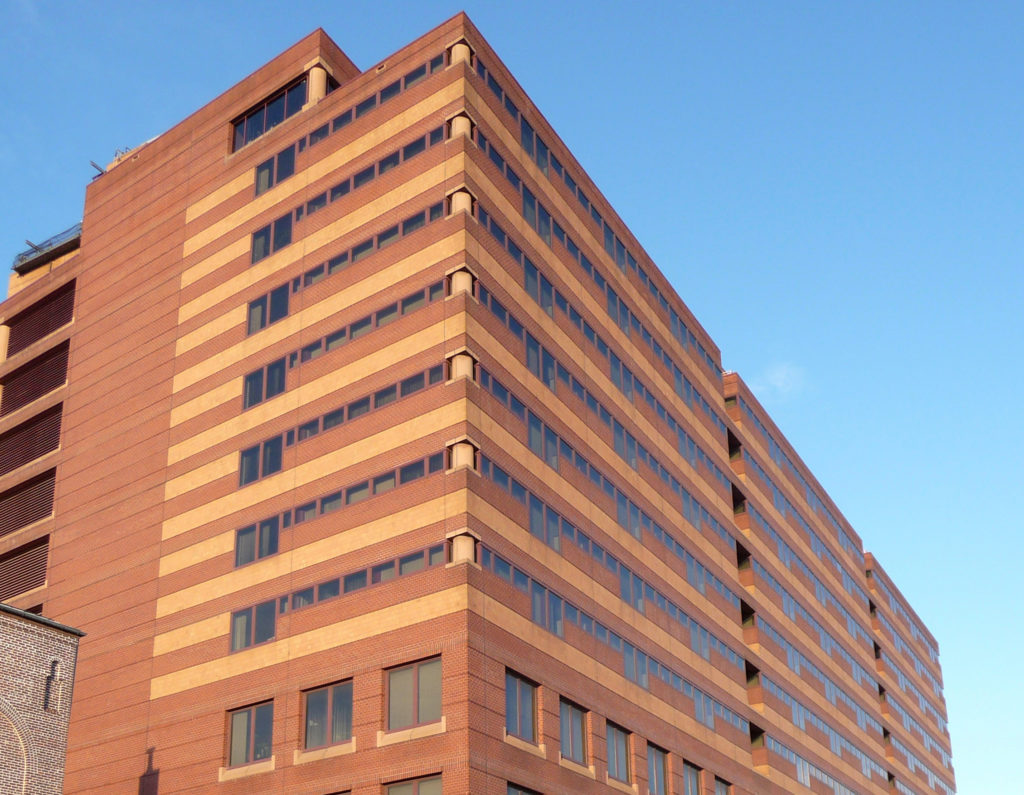 GSA awarded Procon a contract to provide owner’s representation services for the Joseph P. Addabbo Federal Building located at 155-10 Jamaica Avenue, Jamaica, NY in the borough of Queens. Built in 1988, the 923,200 SF office building is primarily occupied by the Social Security Administration (SSA). It consists of two underground levels for parking and 11 occupied floors with a child care center, public and employee entrances, and secured office spaces for the various SSA operational functions.

The $60 million project encompasses a wide variety of scope from repair and alteration projects to building improvement studies, both interior and exterior. Procon will assist in all stages of the projects, including pre-planning/programming, design, procurement, construction, and closeout. Procon will represent the owner interests of GSA and SSA and ensure that their requirements are being met in regards to scope, schedule, budget, and quality by providing a detailed management plan, maintaining an updated schedule, generating progress reports, and regularly inspecting the construction for quality assurance.

This is the third project awarded to Procon under a Construction Management IDIQ contract for GSA’s Region 2.

Procon will provide construction management (owner’s representation) services for the design, build-out, and relocation of two regional FEMA offices to the Emmanuel Celler U.S. Courthouse in Brooklyn, New York. The project includes the design and renovation of existing office space in the Celler Office Building. The project will be completed while the building is fully occupied and operational.

Procon has been awarded a contract to provide construction management (owner’s representation) services for the design and construction of a new federal courthouse in Anniston, Alabama to be completed in October 2021. The new courthouse will be built on a 3-acre site in Anniston’s historic central business district. The $42.7 million design-build courthouse will include two District courtrooms and three chambers for three judges (one each for active District, visiting District and Bankruptcy). It will also include space for each court’s clerks, the U.S. Attorney’s Office, The U.S. Probation Office, U.S. Marshals Service and GSA Offices.

This courthouse will consist of approximately 63,000 gross square feet and will include thirteen secure enclosed parking spaces. The project will be designed and constructed to achieve LEED Gold certification and will provide a flexible strategy for relocation, expansion, and movement of spaces to address not only 10-year requirements but also the court’s 30-year growth requirements.

Procon has more than 18 years of experience providing construction management services on major construction projects in the national capital region and throughout the country.

Procon has been hired by Jacobs Engineering Group to provide Building Information Modeling (BIM) quality control services for a building systems renovation project at the Theodore Levin U.S. Courthouse in Detroit, Michigan. Procon will help Jacobs ensure that BIM processes and deliverables on the project meet GSA’s BIM requirements. The goal of the renovation of the occupied federal courthouse is to upgrade infrastructure systems to improve the safety and viability of the facility for federal tenants and public users.
Constructed in 1934, the Levin Courthouse was designed by Detroit architect Robert O’Derrick and clad in Indiana Limestone in a Classical Modern Style. The 10-story building is 771,904 square feet and provides space for multiple judicial functions. The building serves the U.S. District Courts and supporting federal agencies by providing courtrooms, chambers and office space. There are four U.S. Court of Appeals chambers, nineteen District Courtrooms and twenty-­two judges’ chambers, three Grand Jury Rooms, and five Magistrate Courtrooms and chambers. Building tenants include the U.S. District Courts, Court of Appeals, Circuit Library, Pretrial Services, U.S. Magistrate, U.S. Probation Office, House of Representatives, U.S. Attorneys, U.S. General Services Administration, U.S. Marshals, and U.S. Tax Court.
Procon is a national leader in providing BIM services to the A/E/C community with particular expertise in in the application of BIM on major federal projects for GSA and other federal owners. Among other things, Procon’s BIM capabilities include virtual reality (VR) mock-ups, and 2D, 3D, and 4D digital models used in the design, construction, and operation of building. from which construction progress will be tracked to ensure that project schedule and budget remain unchanged. Procon’s BIM team performs clash detection analysis to ensure building discipline systems and components are coordinated and do not conflict with one another as well as performing quality control analyses, facility reviews, and updates of models throughout construction to ensure as-built models meets requirements and are ready to use for facilities management programs. 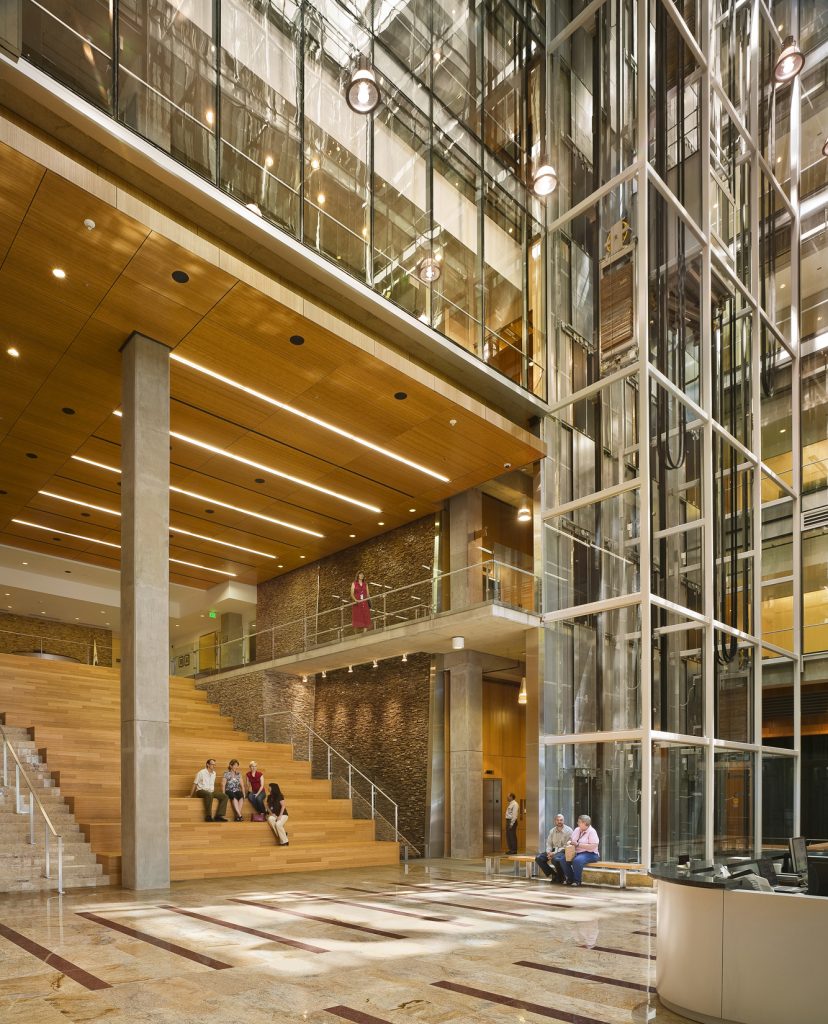 The nation’s largest landlord has chosen Procon to lead a team in support of their facilities management program and policies. The national Office of Facilities Management (OFM) at the United States General Services Administration (GSA) awarded a team lead by Procon a five-year contract to provide program and policy management support for its nationwide initiatives. The Procon team will provide professional and management support services to deliver projects from concept through completion to help OFM meet its business oriented mission goals. Procon will assist OFM in improving the performance, quality, timeliness, and efficiency of OFM programs and services – particularly in the areas of: strategic planning, communications, tools for facilities management organizations, data analysis and studies, and training.

The Office of Facilities Management has responsibility for providing program management, support and guidance to GSA property managers in an effort to provide a safe, healthy, effective and efficient work environment for their clients. OFM consists of the Office of Energy and Environment, the Office of Building Operations and Technology, and the Office of Tenant Services. OFM is a division of GSA’s Public Building Service (PBS). As the landlord for the civilian federal government, PBS acquires and operates space on behalf of the federal government through new construction and leasing, and acts as a caretaker for federal properties across the country. PBS owns or leases 8,700 assets, maintains an inventory of more than 370 million square feet of workspace for 1.1 million federal employees, and preserves more than 481 historic properties. 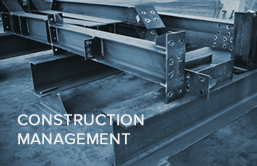 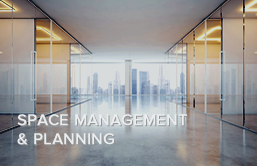