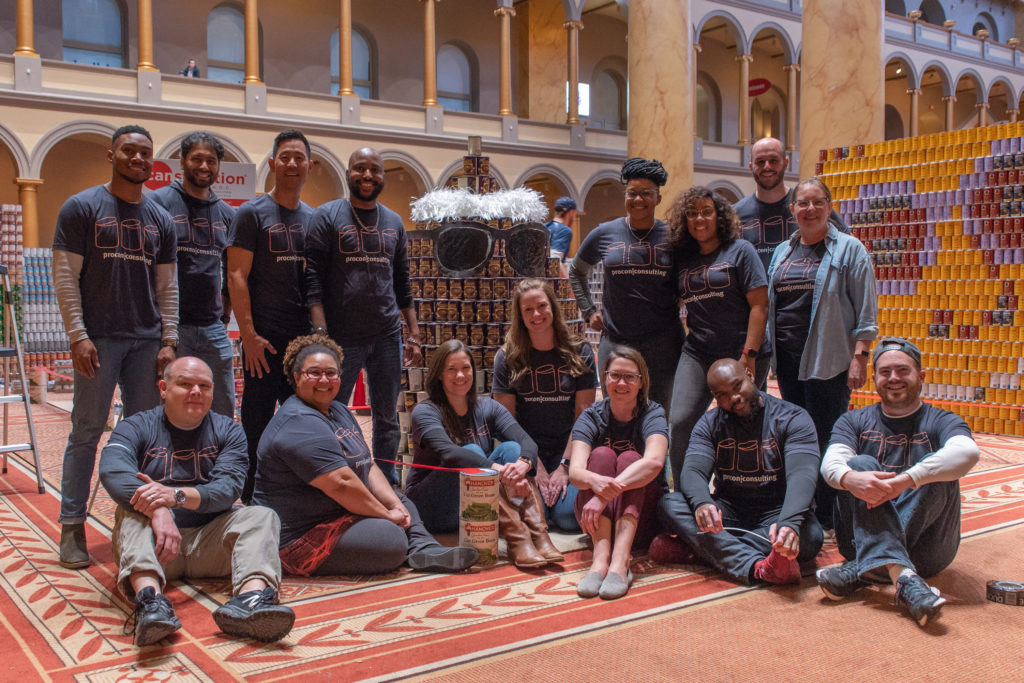 Procon is helping provide canned food to local food banks by participating in CANstruction at the National Building Museum. CANstruction is a nationwide charity event that  pits A/E/C firms against each other in building the most impressive structures made from unopened cans of food that are later donated to food banks. The local CANstruction build was organized by the Washington Architecural Foundation and took place on November 18, 2018.